VoIP industry is passing through a revolutionary time and it is extremely glittering to the tech blessed modern world. A study shows that the global Mobile VoIP market is expected to reach USD 145.76 billion which is up to 28% by 2024!

Now days many young entrepreneurs are getting into VoIP business with huge interest. Initially, it’s hard for them to understand the meaning of each technical VoIP terms like softswitch, carrier, dialer, VoIP billing etc. In this blog, we will discuss about Softswitch and its types, which works as a middle device for initiating and routing any call through telecommunication network.

What is a Softswitch

Call switching in the telecommunication industry is a long-term practice to interface the caller to the intended recipient. It was a manual process earlier when the phone administrators shifted the phone line physically, starting with one circuit then onto the next, to interface the call between a caller and recipient. Later with the blessing of VoIP Softswitch, the manual call routing had moved on to an automated process through a software device called “Softswitch”.

Softswitch consequently switches the phone lines, and it is a mix of a software and switchboard. Therefore, it is known as a Softswitch. It has the programmed logic to play out this telephone line exchanging.

Class 4 and Class 5 Softswitch are the most widely used switch for routing calls through different networks. Now, people may get confused on the difference between these two categories of Softswitch, Class 4 & Class 5. This Blog will inform you these specialized terms and the distinction between the both.

In addition, Class 4 Softswitch, which has less features than Class 5 Softswitch, enables cost-efficient scaling of voice services while offering a reliable presence between inter exchange carriers.

No doubt, Class 5 and Class 4 both are complete VoIP solutions that roll out rich in featuring next generation services! But, you also need to understand some major differences to get the features of both Softswitch more clearly. So, let’s figure out how a Class 5 Softswitch differs from Class 4 Softswitch:

Class 5 Softswitch services include basic dial-tone, calling features, and additional digital and data services to subscribers using the local loop; but a Class 4 Softswitch is just a simplified softswitch solution. The main function of the Class 4 Softswitch is the routing of large volumes of long distance VoIP calls paralleling with other Class 4 telephone switches.

Class 5 Softswitch is more of a retail solution whereas, Class 4 Softswitch is a wholesale solution. What does it mean? A Class 4 switch is a central office telephone exchange which is used to interconnect local exchange carrier offices, for long distance communications, in the public switched telephone network.

In contrast, a Class 5  Softswitch is a telephone switch or telephone exchange in the public switched telephone network, located at the local telephone company’s central office, directly serving end users.

The most important characteristics of Class 4 Softswitch are,

On the other hand, Class 5 Softswitch characteristics includes,

Class 5 Softswitches are intended to work with both VoIP service providers as well as end users. A Class 5 Softswitch is for local & long-distance telephony services, both. So, it possesses additional service features for end-users & corporate clients such as IP PBX features, call center services, calling card platform, types of authorization, QoS, Business Groups, and other features similar to other Class 5 telephone switches.

A Class 4 softswitch routes large volumes of usually long-distance VoIP calls throughout multiple IP network. In contrast, a Class 5 Softswitch routes calls to the correct IP address, SIP address or DID number of an End user.

Looking for VoIP SoftSwitch for Your Business? 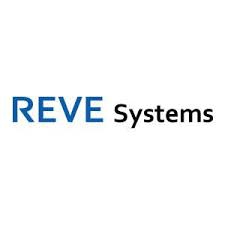