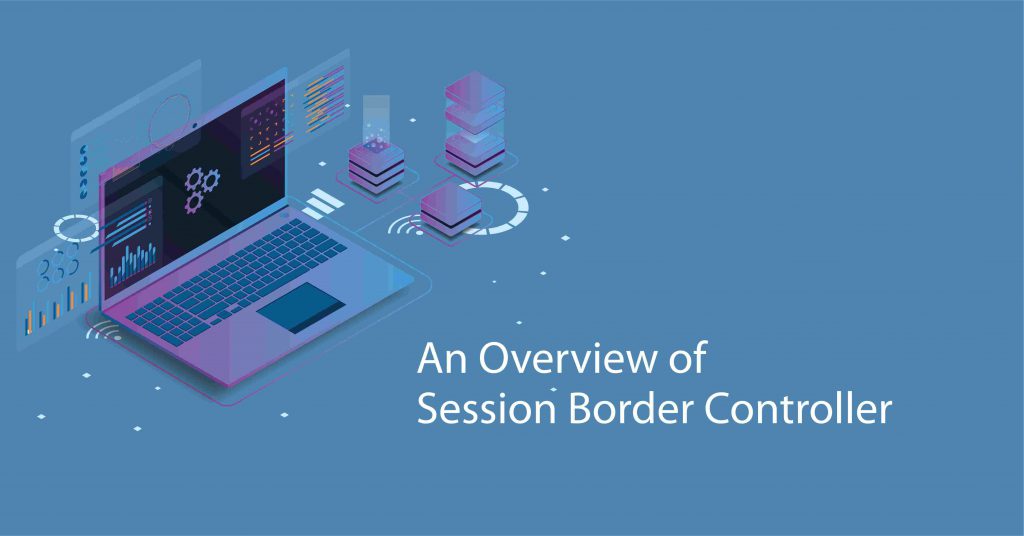 In today’s unified communication environment, a Session Border Controller (SBC) plays a major role in security, interoperability, and transcoding. This SBC software is highly capable to automate the entire process and do the call translations with the help of built-in interoperability features. The advanced transcoding capabilities of an SBC allows it to execute the audio translation process seamlessly.

With the growing network security threats, there is a constant requirement to upgrade the products, hence session border controller vendors nowadays constantly try to add new features to make this solution more robust and effective.  In this blog, we have added detailed information about what is a session border controller and how this solution proves useful for communication service providers as well as for enterprises.

What is a Session Border Controller (SBC)?

Session Border Controller is a network element, which is used to control real-time communication calls or sessions. An SBC Software helps secure the important parts of a business’s communication network infrastructure. It protects and governs the IP communication flows, or in simplified terms, governs how calls are initiated, conducted, and terminated over the VoIP network. Furthermore, Session Border Controllers secures enterprises and service provider’s RTC infrastructure.

“Session” in SBC means communication that takes place between the caller and the receiver. There are media streams in the calls which work to carry the audio and video elements of the call along with other data. A Session border controller works to manage the data flows of all the sessions.

The term ‘border’ indicates a point of separation between each part of the network. In organizations, the Session Border Controller works to manage the flow of data across these borders.

The final letter C stands for ‘controller’. It means the control of SBC on the data streams that have sessions within it. A dedicated SBC also works to execute data conversion facilities and measurement, access control for all controlled calls.

The 4 points which make an SBC Software unique are Performance, Scalability, Reliability and Redundancy. Powerful and robust with high capacity and redundancy, these solutions are not only able to handle the average number of calls coming through the system simultaneously but also to can handle peak calls easily.

The performance, scalability, and resiliency of SBC are evaluated through the following factors:

How does a Session Border Controller work?

An SBC is a wall or a point of demarcation between your enterprise network and the service provider’s network (the internet). It secures and controls a SIP network by admitting (or not admitting) and directing communications between the internal and external world, such as a VoIP call between two phones or a video collaboration between multiple devices.

SBCs deployed at the network perimeter (or border as the name suggests). So that they can control and secure real-time communication sessions for both enterprises and service providers. 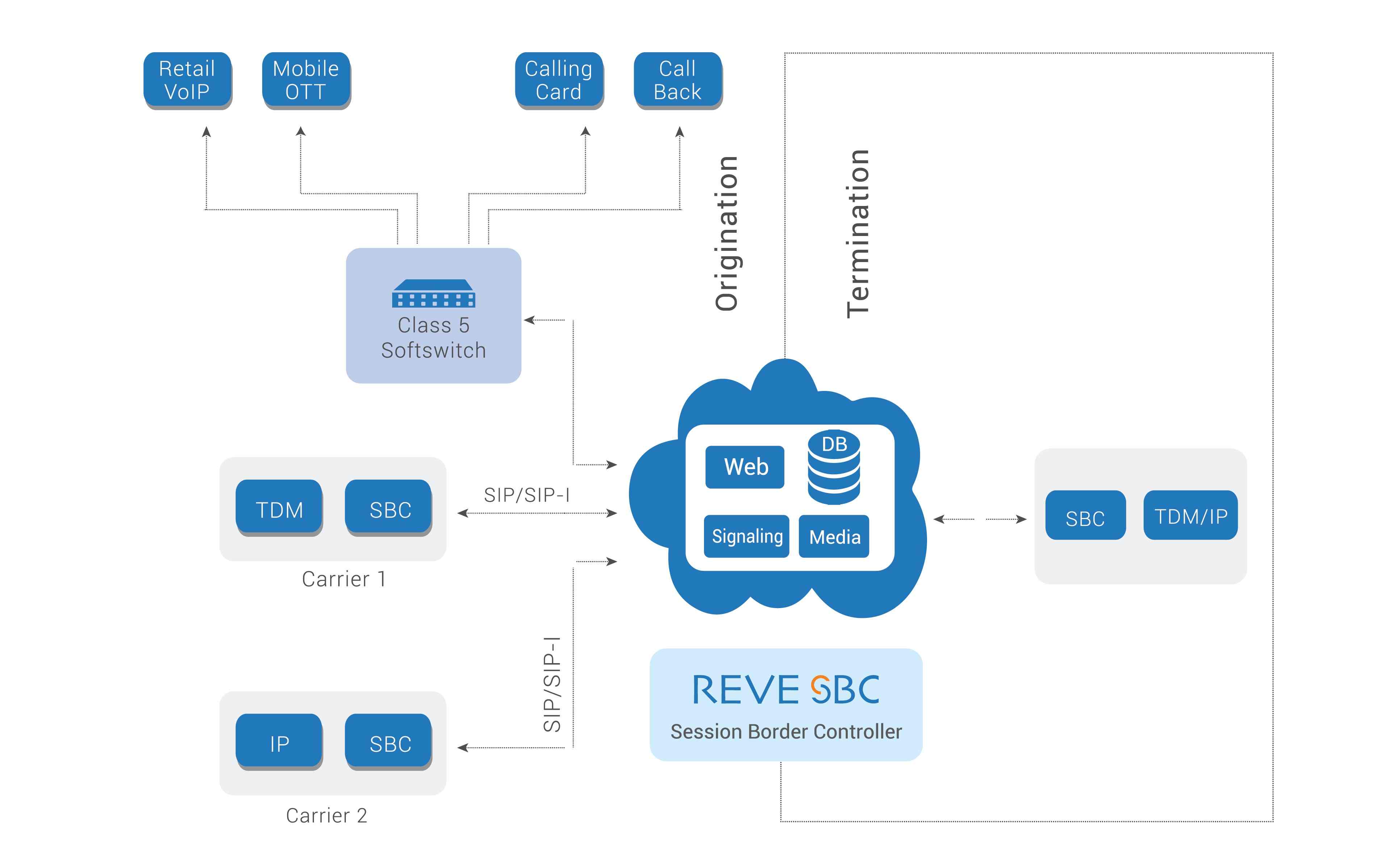 Functions of A Session Border Controller

Telecom carriers use SBC for signal translation and security. In a VoIP network, the role of this software is to implement control over media streams and signalling. These are some very basic functions. application of a Session Border Controller might vary for each organization.

Let us look into some of the core functions of an SBC:

As mentioned above, SBC is a demarcation or termination point of the SIP trunk connection in your communications network. It’s more like a SIP firewall that also includes an array of value‐added services like signalling and media inter-working, intelligent routing control, resiliency, and high quality of service between different network devices.

The Session Border Controller looks at each session crossing between the internal enterprise network and external ITSP network. Thereafter it determines where to route the session and what priority is necessary to assign to the session when the network is busy.

The function also includes determining how much bandwidth is necessary for a session. The network utilization and the policies established for the network determines the amount of bandwidth necessary.

In addition to the others, the software performs SIP interworking. This allows devices that subtly seek different variants of SIP to communicate with each other effectively and efficiently.

Here are some ways in which SBC helps SIP Trunking:

SBC smoothly performs the inter-working and interconnecting tasks, such as dealing with SIP variants and translating protocols, between different networks and the protocols running over them. SIP has a lot of variants; an SBC software can translate these variants between devices so that the calls get through with all their features intact.

SBC performs session admission control which means it inspects and sees who should be allowed to access the network and who should not. To perform this task, it creates three lists: whitelists, blacklists and grey lists. With this task, it maintains the QoS (Quality of Service) on the network.

The software reserves the resources of the service provider’s network to handle calls being set up. There are various ways for the SBC to achieve this. It also reserves “signalling bandwidth” for emergency services calls and prioritizes the emergency calls appropriately which is allowing them through Call Admission Control, while other calls are being rejected.

A policy has a set of rules that defines how the SBC treats different kinds of VoIP events. It allows control of the VoIP signalling and media at an application level. We can set multiple policies on a single SBC.

Advanced Routing includes a wide range of routing all of which have a similar end goal that is cost-efficient quality service. Source and Destination based Routing, Loss Less Routing and Least Cost Routing, Percentage Based Routing are some types of advanced routing.

Difference between an SBC and a Firewall

It is important to understand the differences between a carrier-grade Session Border Controller and a firewall. SBC is designed to manage and control real-time voice and video communications sessions. While the conventional security product, the function of the firewall is to block or allow data communications flows.

Most business owners, who are not much into the concept wonder if an SBC is similar to a firewall as they are not must sure about their exact requirements. Once, you have set up your company, you need to apply all types of security protocols.  So what type of solution do you need? Is it a Firewall or an SBC? Let’s discuss each in detail.

It is possible to divide a computer network into seven layers. The Open System Interconnection (OSI) separates these layers. From the frame to the network segment, the Firewall works to control up to layer 3 and 4. In a typical VoIP network, Signalling and Media are two types of streams.

To execute signalling, a firewall has to open only a couple of ports but the opening of thousands of ports is needed for media exchange. Organizations thereby add firewalls into the DMZ but that does not prove much effective.

Firewalls prevent unwanted traffic from entering or leaving, a network by performing basic packet filtering. Firewalls filter packets only by examining packet headers and do not understand the payload of the packets. Hence, they do not filter out all types of unwanted traffic.

On the other hand, a Session Border Controller is capable of working in the 7th layer. Based on Signalling, an SBC controls port access. In many situations, private IP addresses are rewritten by SIP headers, which plays effectively in the case of internal to external routing migration.

Therefore, the main difference between an SBC and a firewall lies in the underlying architecture. The SIP firewall is implemented as a SIP proxy server.  This is responsible for relaying and controlling SIP signalling information. However, this is not actively involved in the audio and video streams or the RTP media path.

On the other hand, the implementation of Session Border Controller takes place as a B2BUA (back-to-back user agent). It actively processes both the signalling and media paths. B2BUA terminates a session from one SIP entity (the caller) and simultaneously establishes a separate session with another SIP entity (the recipient).

This enables the SBC to inspect and manipulate the contents of the entire session. And thereafter, it can enforce security policies for efficiently managing enterprise communications. Understanding the differences between a firewall and SBC  will help you select the right one for your business.

The Importance of a Virtual Session Border Controller

Note: This Blog is updated with the latest information on 7th July 2021