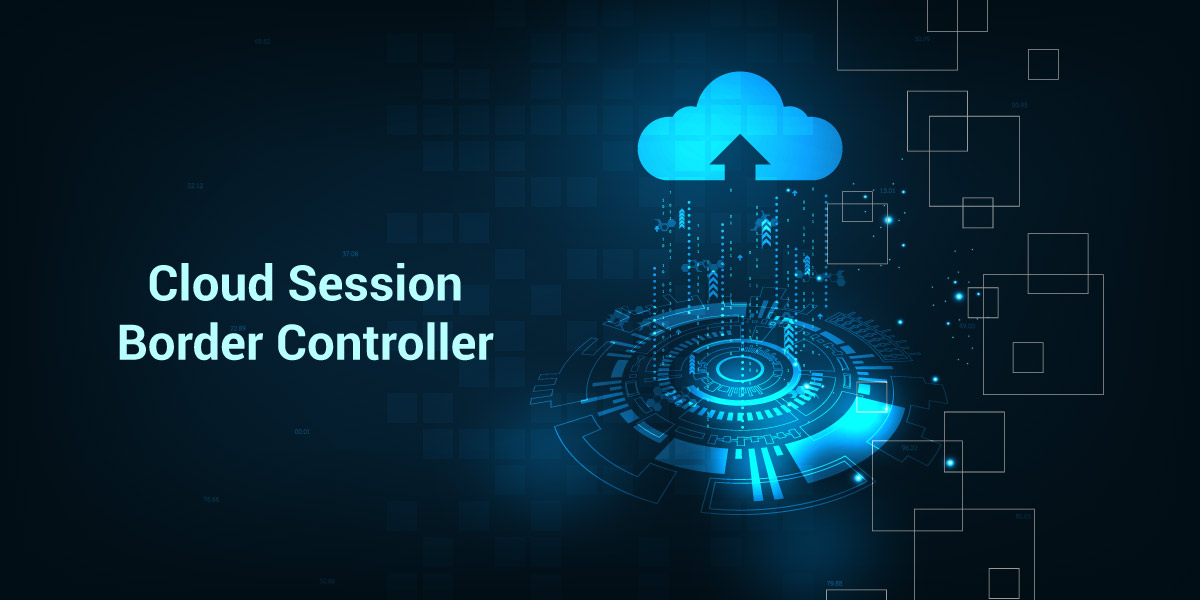 Today, SBCs are an indispensable part of the SIP-based VoIP networks due to their ability to protect these networks from various types of cyber-attacks as well as add quality to the flow of communication. Talking about the evolution of SBCs, initially, hardware-based SBCs that required complex configuration with the business’s PBX system were the only option to secure the network perimeters. But in today’s cloud-first world, cloud-based SBCs are taking over the market, of course for good reasons.

In this post, we are going to highlight how cloud SBC software reduces infrastructure costs and the complexity of a business.

When it was about appliance-based SBCs, a major challenge was choosing the right sized infrastructure for a business network. Opting for a low-end session border controller might appear as a good way to start due to its lesser cost but it carries along the risk of creating bottlenecks when the demand increases. On the other hand, deploying a high-end session border controller could be really expensive for the business and would often result in excess capacity.

However, the cloud approach is more scalable. While there is no on-premise hardware to worry about, cloud SBCs can easily increase /decrease concurrent calls as per the company’s requirements.

Running a VoIP wholesale business demands 99.99% uptime. If we look at the traditional hardware-based SBCs, then achieving high availability would mean the installation of an additional SBC programmed to take over whenever the primary system goes down. This simply means either you have to burn a hole in your pocket or simply run your business with the risk of no backup. But with Cloud Session Border Controller, this problem does not arise. Cloud SBC provides carrier-grade redundancy through standby Virtual Machines which assure a high level of service performance and availability. That’s certainly a more cost-effective solution as compared to that costly redundant hardware.

In the past, SBCs were on specialized purpose-built hardware platforms, using proprietary appliances. Today the trend is towards deploying SBCs in the cloud. This software-centric, low up-front cost solution allows businesses to “pay as you grow” with an array of platform choices. The powerful routing capabilities of the Cloud SBC along with SIP interworking lowers service delivery costs through simplified operations.

Smooths Complexity in Connections and Communications

A business handles different types of networks and protocols in real-time through a variety of IP applications. Different types of streaming formats, audio codecs, media, etc., are some of the elements that make up unified communications. SBCs ensure interworking between incompatible protocols, codecs, and SIP variants by acting as a real-time translator. It fully supports each party throughout each session to ensure that there is no loss of features.

By performing Session Admission Control, SBCs act as network gatekeepers to determine who has the authorization to access the SIP network. With this, bad actors remain at bay from the system as well as the network traffic remains in order.

For fairly large SIP networks, multiple SBCs can be used at multiple network borders. So rather than individually configuring each controller, they can be dynamically managed as a central system using one set of routing and policies. This saves a lot of time and money for the business.

There are several ways in which SBCs improve the quality of service when used as a part of UCaas i.e. Unified Communications as a Service or CCaaS i.e. Contact Center as a Service. Take a look:

Using REVE SBC to Save Money and Improve Operational Efficiency

Having the right SBC for your business can help you reduce cost and operational complexity. REVE SBC offers great scalability, security with high performance by supporting 30K concurrent calls with 2000 CPS from a single node. It comes with a real-time billing platform for hassle free billing and payment that makes it one of the best telecom software. REVE Session Border Controller makes use of intelligent call routing for seamless management of wholesale VoIP traffic.  If you are searching for cloud SBC Vendors or virtual SBC for your business, then please get in touch with us as our team will guide you in the right direction.

An Overview of Session Border Controller