Transcoding in telecom business is the process of converting media stream from one codec to another. This is performed in order to bridge differences in capabilities between the telecommunications systems supporting the caller and the recipients.

There are some circumstances when transcoding in the telecom business is very useful. One such situation is when the two endpoint devices in a call do not share a common codec among their codec sets. Also, if termination part only supports G.723 codec and origination end supports G.729 codec then the audio in the call would stop working in a direction if the VoIP provider is not transcoding between the codecs.

In the SIP world, a commonplace to perform transcoding is the Session Border Controller (SBC).  However, not all SBCs support transcoding. Therefore, it is important to pay attention to which ones do and which does not.

An SBC or Session Border Controller is a dedicated network element that helps to control real-time communication sessions over SIP-based VoIP infrastructures. SBC not only offers full control of the sessions but also conceals the internal network from outside. While SBC is available in both hardware and software forms, here the focus is on the software version.

REVE SBC has a built-in capability to handle various codecs and to do automatic transcoding in telecom business when necessary. It supports transcoding to and from the most popular codecs used in IP telecommunication like G729, G711, AMR etc.

Finally, it is important to consider what you want to transcode to and from.  There is plenty of codecs present (G.711, G.722, G.723.1, G.726, iLBC, AMR-wb, etc.) and not every SBC will transcode to and from every codec. It is not just enough to ask if an SBC supports transcoding.  The important part is to determine the list of codecs it is compatible and works with smoothly. 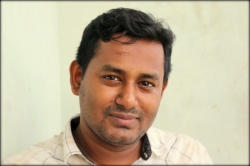 A graduate in Computer Science and Engineering from Shahjalal University of Science and Technology, Sylhet, Zakir has long experience working in the field of IP telephony and associated fields. He joined REVE Systems in 2009 as Junior Support Engineer. He has worked on all products of REVE Systems IP telephony SBU including its switch, billing and OTT range of products.